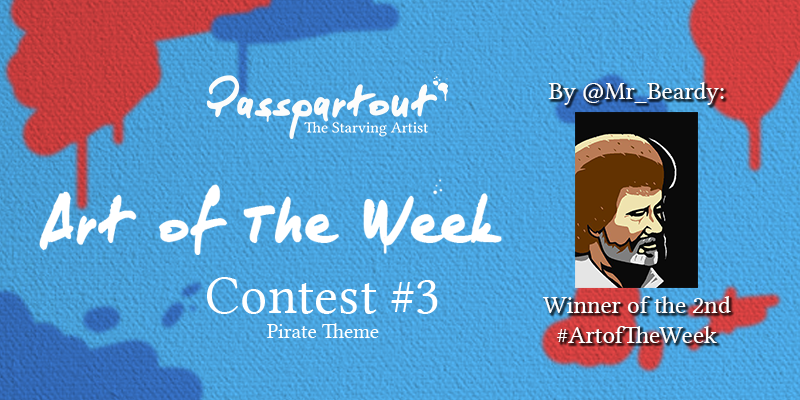 Fellow artists! The second #ArtofTheWeek has come to a close and the third one is to begin! Well done @Mr_Beardy (The Mighty Beard on Steam) for winning this past week’s contest!

The rules are as simple as rules get. Create your masterpiece in Passpartout, follow the given theme, save it as a screenshot on Steam (or as a regular screenshot, if you’re playing the Gamejolt version), and tweet it with something witty (witty part not required, but can award bonus points). The internet is huge, so for discoverability purposes, you must also include the hashtag #ArtofTheWeek and tag us in the tweet (@FlamebaitGames), otherwise it might get lost 🙁

The theme for this week is Pirate! Yarr!

The winner of this glorious competition will acquire two Steam codes for the game, will be featured in our banner images on Facebook and Twitter, AND will recieve an extra (so far secret) feature! During the week, you’ll also have a chance to be featured on our Twitter. The deadline is next Sunday (August 13th) at 09:00 AM PST, or 04:00 PM GMT. The winner will be announced three hours later!