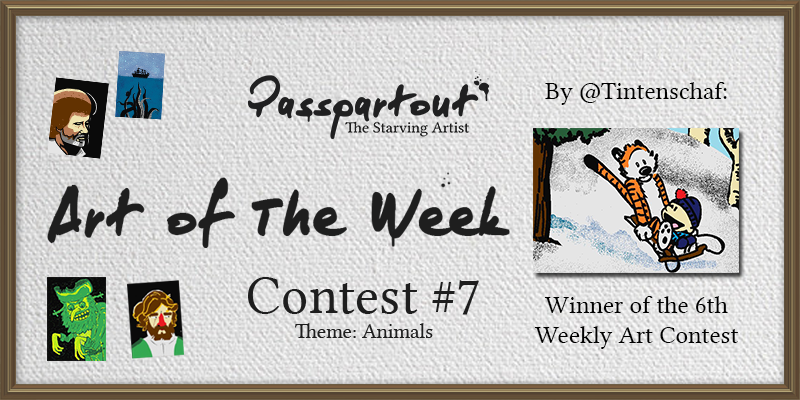 Fellow artists! Our sixth Weekly Art Contest has come to a close and the seventh one is to begin! Well done @Tintenschaf for winning this past week’s contest!

The rules are as simple as rules get. Create your masterpiece in Passpartout, follow the given theme, and post it to Twitter (either by using the in-game feature, or manually by saving it as a screenshot). The internet is huge, so for discoverability purposes, you must also include the hashtag #PasspartoutWeekly and tag us in the tweet (@FlamebaitGames), otherwise it might get lost 🙁

The theme for this week is Animals!

The winner of this glorious competition will acquire two Steam codes for the game, will be featured in our banner images on Facebook and Twitter, AND will get their artwork featured in the main menu of the game!! The deadline is next monday (September 11th) at 06:00 AM PST, or 01:00 PM GMT. The winner will be announced in the following hours!