New prototype and all the juice about it!

It’s launch week and the prototype is out! Got some great feedback from the reddit-surfers about the post processing in the room so it has been going through some sweet changes. I’m really happy with the results. With this room I wanted a warm and cozy atmosphere, however to improve it I would love to add more dirt and irregularities as it is quite clean at the moment. 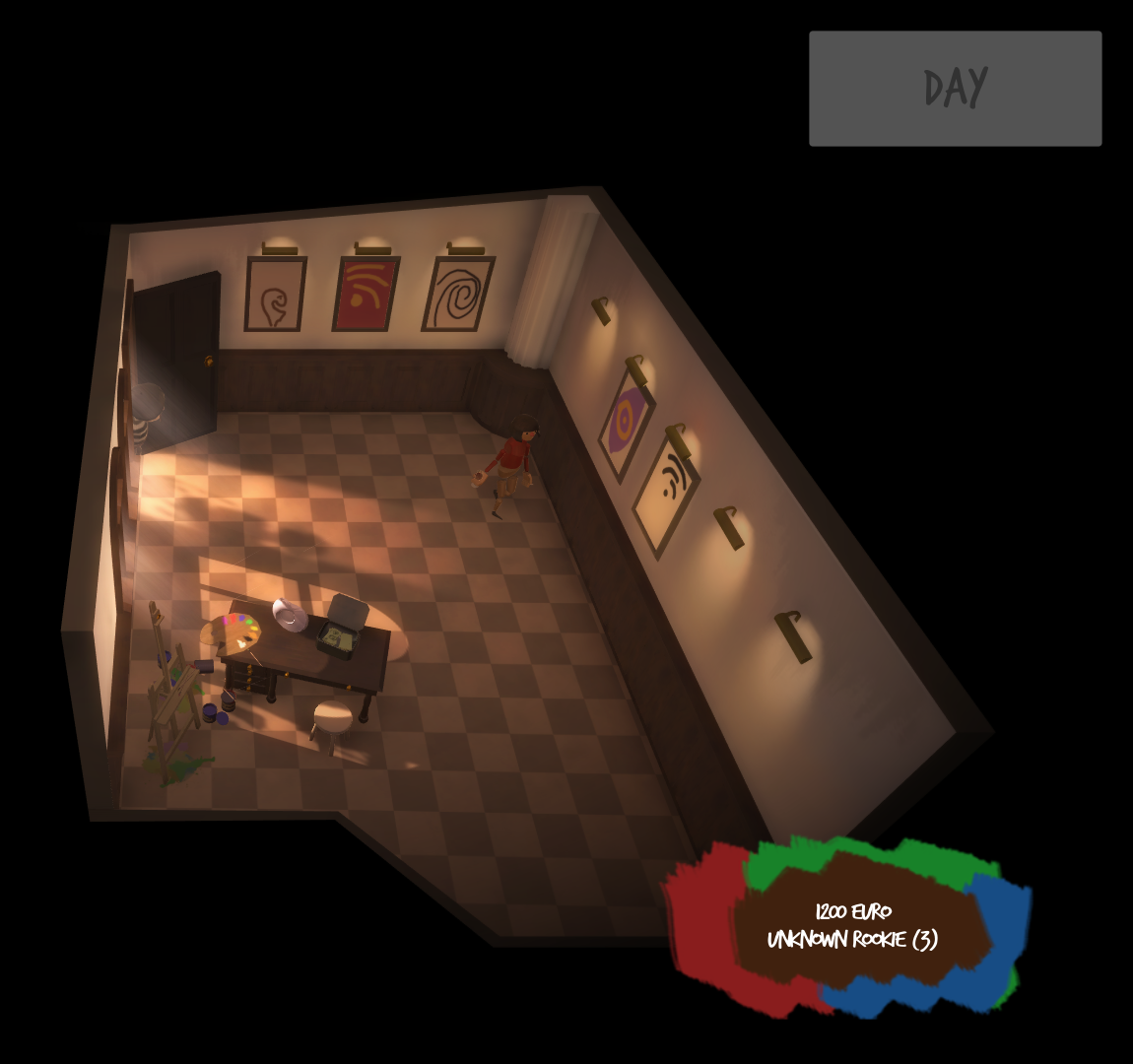 Christmas is coming in at 500 mph, but we will manage one more prototype before it hits us in the face!

This week was spent entirely on tying up the loose ends. In code, that is.

My week has consisted of joyful animations for the Passpartout characters, see glorious GIF of doom:

More things also happend, although they mostly are related to stressful school things and such.

For the prototype I worked on smaller stuff like texture variations and other lame stuff. Not anything super interesting this week. Moving on!

On a more interesting note I worked with the header image for Passpartout as well as the trailer.

For the header we took one screenshot of a woman observing the painting by herself with some empty canvases. We then added Nikuras’ beautiful artwork to the still image and shaded them to match the general lighting of the surrounding environment.

Finally I had time to experiment with replicating a long exposure shot by taking a variety of images from the same angle with different characters. I then isolated the individual characters from the background by using the ‘difference’ blend mode with the original image. Once all the characters had been separated from the background I applied a motion blur filter to each of the characters in the direction they were heading. Once that was done the opacity of the walking characters was decreased in order to give their ‘ghost-like’ look in the final image.

The process of making the trailer was relatively quick. The idea was to replicate the look of a biography film or an independent documentary which then contrasts the art that passpartout creates. The result is hopefully somewhat representative of the mood of the game.

Stressful week, here’s a pretty cool picture of a dinosaur in the desert: 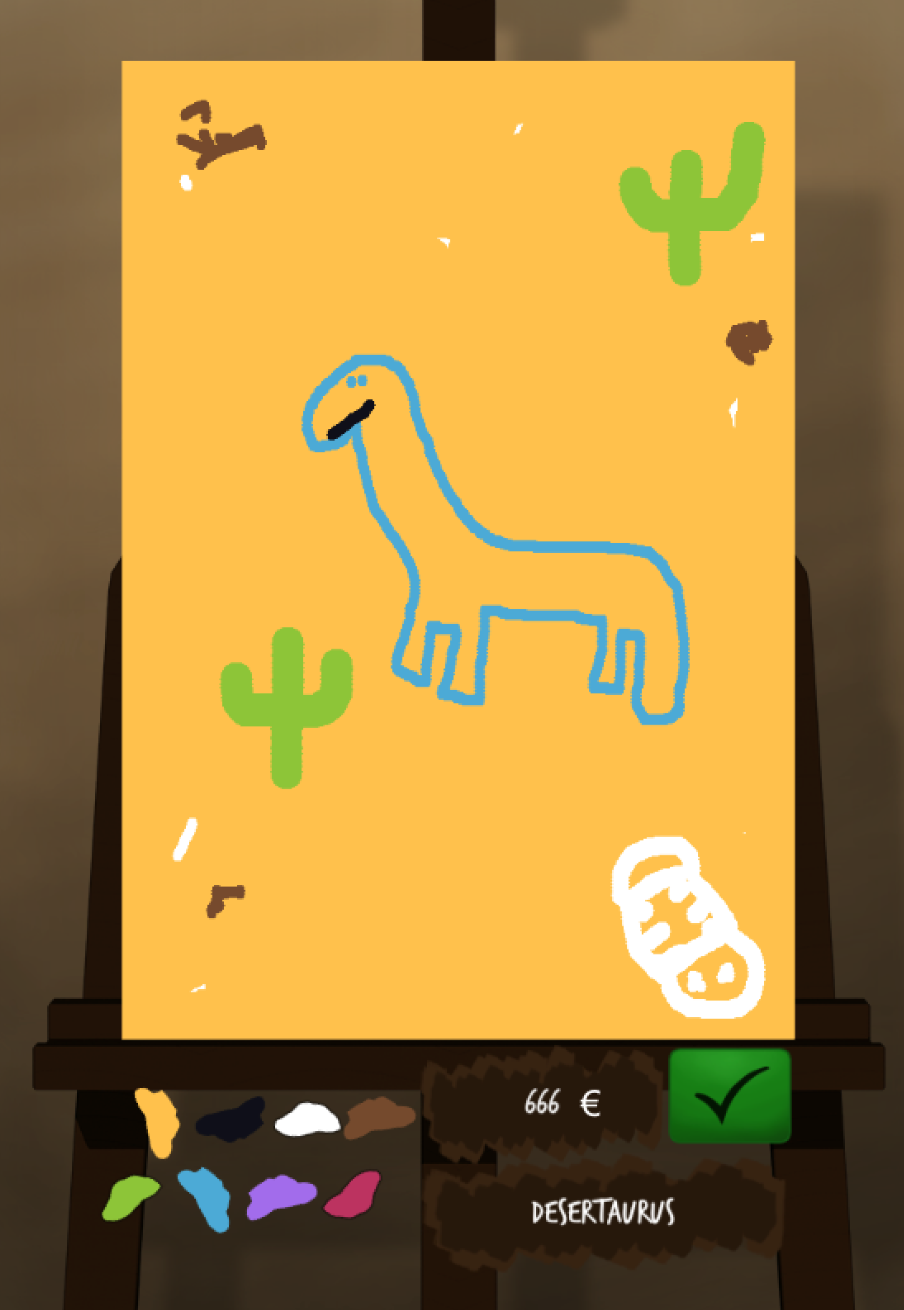 Been working on the last stretch of Passpartout which has been fun. Hammered out some minor kinks with Niklas so that the game is ready for public consumption.

Unity made this feature somewhat hard to implement (right) due to a lot of different coordinate-systems playing a role and heavily outdated information online.

Fortunately after duking it out dual-style we (pretty quickly) found something that works. The implementation would probably been easier if the Texture2D lived in 3D space instead of the GUI (2D) space, since it has its own way of doing things.

As I did with Epidemic, I rendered a Gource mapping out the progress through the entire project. I hope you will enjoy it!

Preparing for the holidays and discuss the next prototype in the pipeline!