A vampire cosmonaut and a cow planet is on this week’s agenda, more inside.

New prototype in the making and that means more characters to the assembly line. This time around we got two characters going for us and me to create them. First up is Vlad the vampire comonaut. I tried out many diffrent body types before going with a very round blobby shape. Quite happy with the results, a chubby, silly vampire. 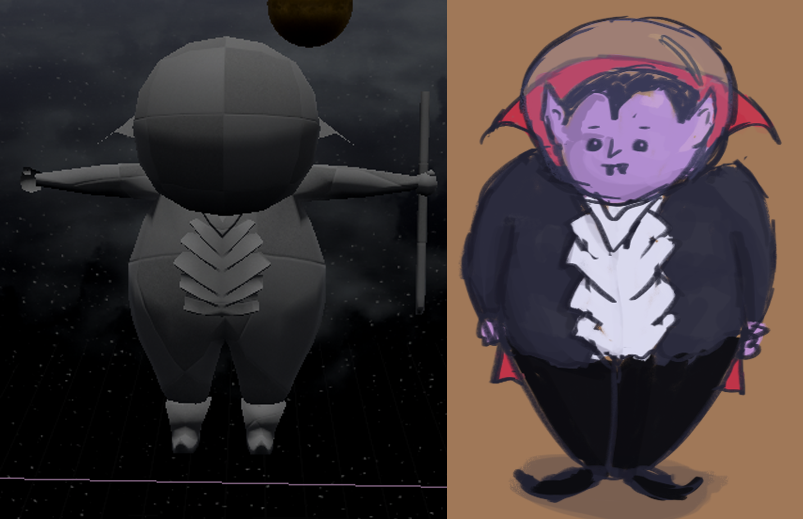 The planet Vlad is running around on is populated by cows. I took inspiration from What if Animals Were Round to keep going on with a silly art style. I would love to explore this style some more as I’m not quite happy with the result this time around. Hard to judge without textures though, but the arms and legs are probably too long. 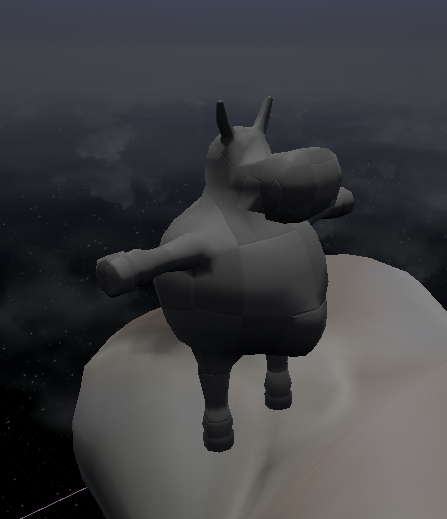 This past weekend me and two other sixths of Flamebait teamed up with a pretty cool lad named Pablo and formed what shall be known as Lamebait. We participate in a game jam where we created a game called FlipFlop. I made a bunch of animations and track components. You can download it here.

The rest of the week has been spent on school things, freelance work, and rigging and animating the player character and the cow for the current prototype we are working on.

This week I’ve been doing some zany maths for our next prototype, Vlad the Vampire Cosmonaut. As the character was meant to run around on a small planet we figured it would be unwise to actually move the character due to the likelyhood of some parts of the unreal system assuming that the world up is constant (a vector of [0, 0, 1]). The solution would be to keep the character in place and move the entire world as the character moves. This lead to quite an amusing math problem where the speed of Vlad would need to be translated into a rotation of everything. 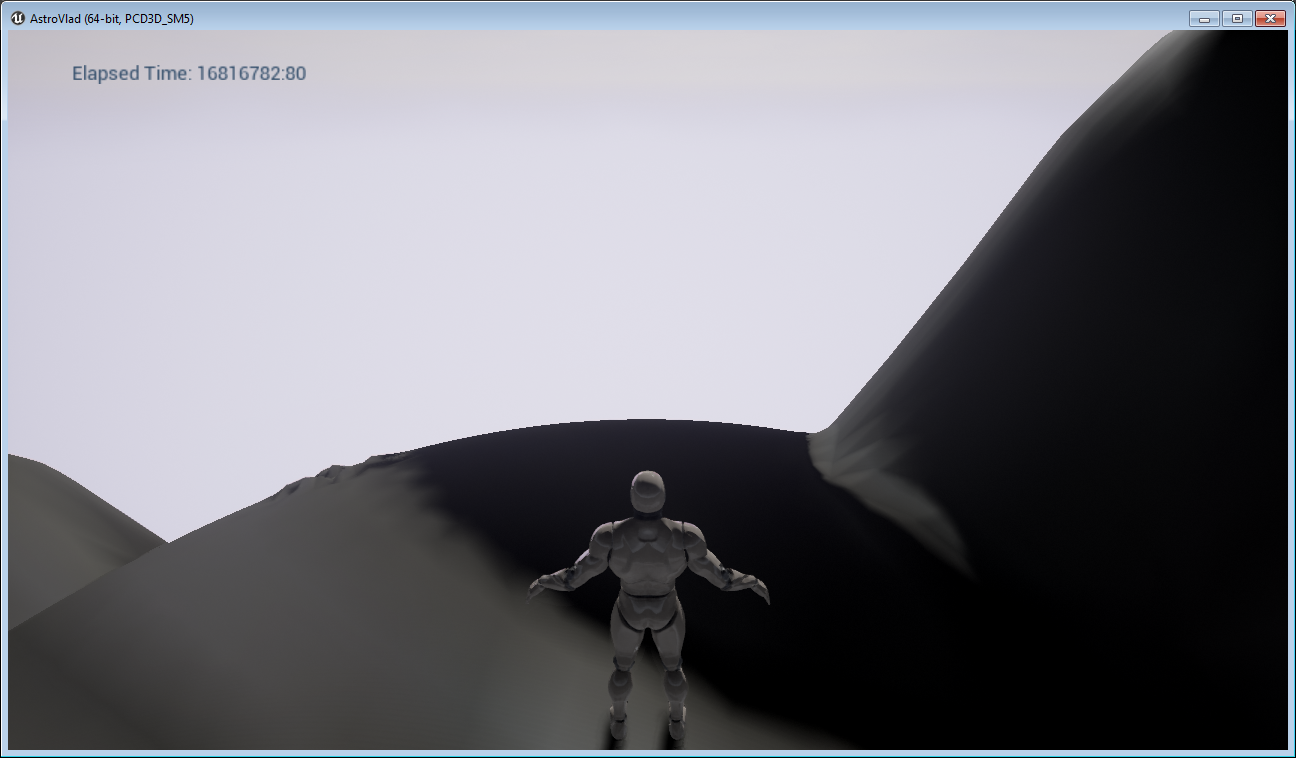 The trick to achieving this is to use the rules for centripetal force and work your way from there; where the centre of the planet is the origin of the rotation. By attaching every other actor to the planet they’ll rotate along with it, ultimately creating the illusion of Vlad moving. 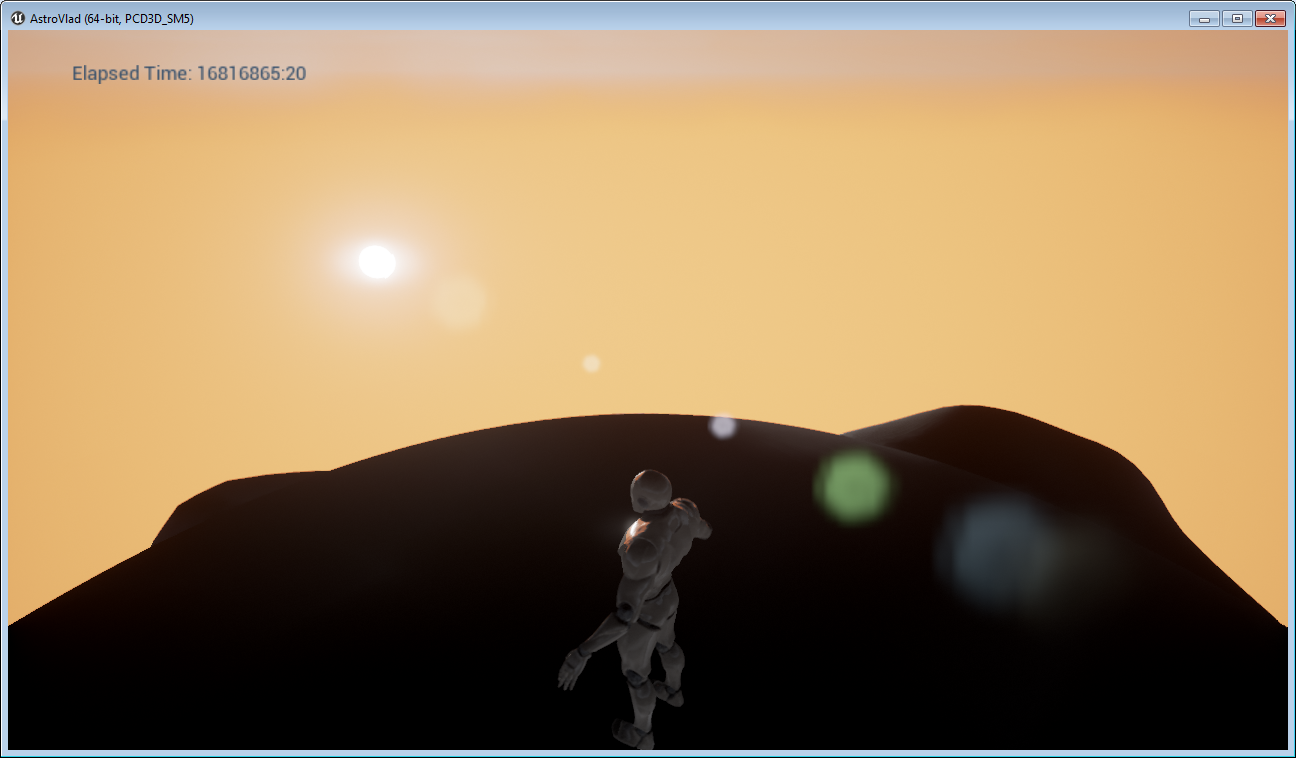 Other semi-related work also took place, as the development of the Jam game FlipFlop was started and finished. I got the opportunity to make a screen shader, which turned out to be one of the most hilarious undertakings to work on under sleep deprivation. 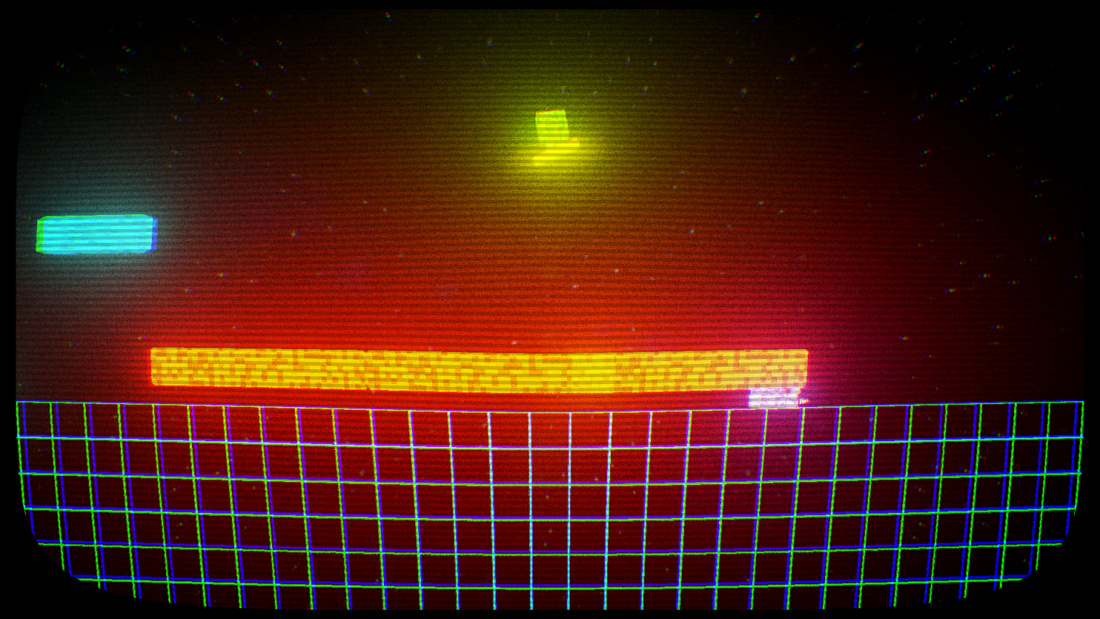 This time around I’m taking a back seat on the project, allowing me time to catch up on my studies. I have been working on some of the more trivial features like hunger, highscore saving/loading among other small things.

With that said, there is nothing else to report (of value anyways) so…

The game takes place on a small planet. There are some technical challenges to this from a graphical standpoint. Mainly the process of modelling the sphere itself may become an issue if it is done with the wrong foundation.

Initially we planned on working with a singular model for all the hills and grounds but we found that the software we use does not appreciate it. Instead we opted for a more stylistic look in the vein of mario galaxy in which the hills are separate meshes from the base planet sphere.There is not a lot to show at the moment but here are some pictures: