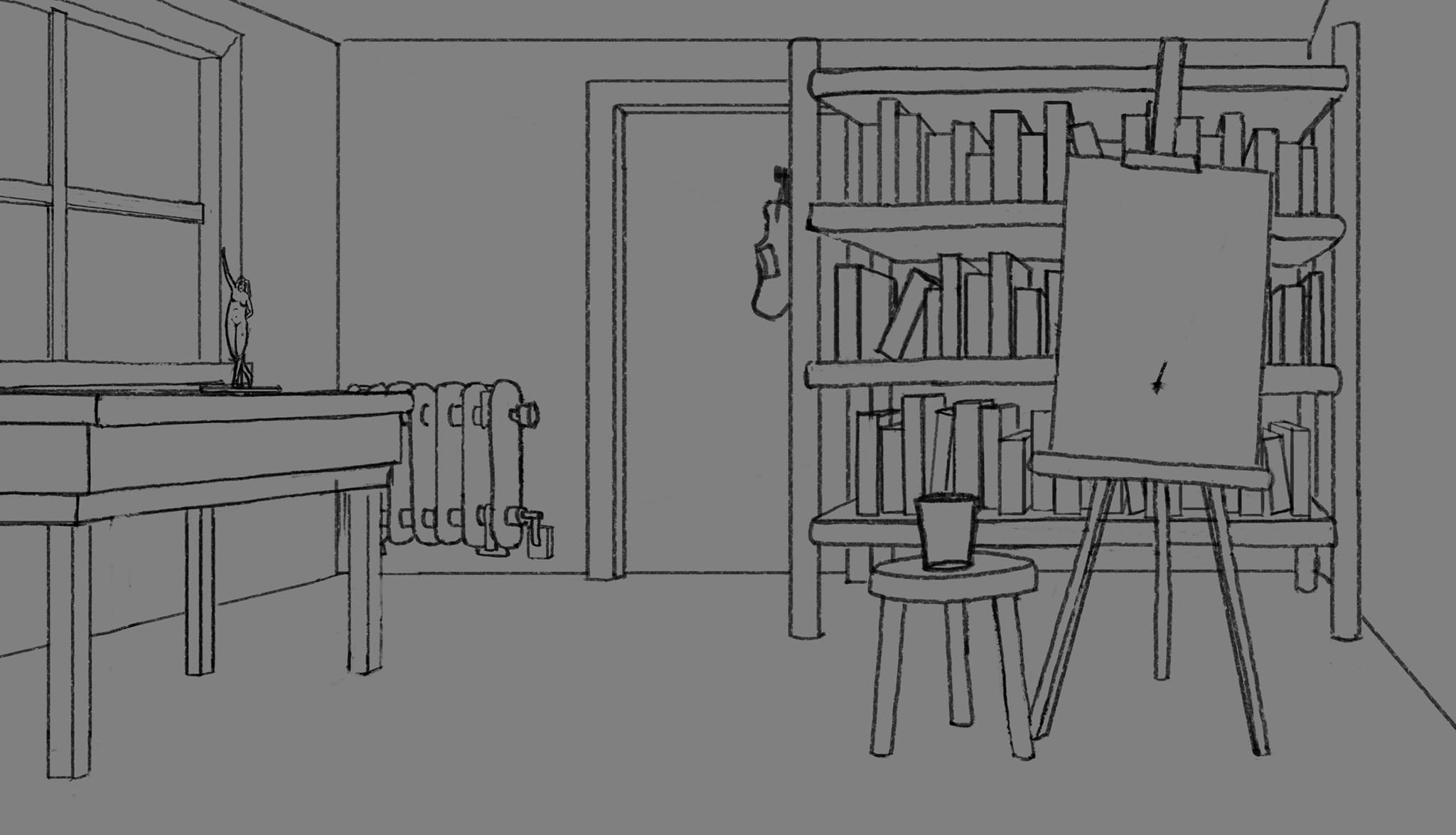 From here on out we will be posting weekly updates every Friday, just like the one we posted this Monday. In these updates we will be talking about anything and everything that we feel is relevant to our work, as well as other things we consider worth sharing.

Unfortunately Mattias (overlord bussiness guy) and Victor (programmer trunkdragon) are away today, but we who remain shall ensure the tradition of the weekly update is upheld! (wat)

During the past week I have mainly been focusing on visual design for our Twitter and Facebook pages, researching ways to reach out to our consumers through social media, and designing the logo for the game we are currently working on. I’ve also been modelling a real-life clay figure for a course I’m currently attending, would love to post a picture of it but didn’t bring it to school today (it’s also pretty ugly) 🙁

Here is the logo previously mentioned in its current state, I tried to capture the key gameplay element that is furnishing, as well as the fact that the game requires the player to walk in order to earn in-game currency, not sure how well I did.

It’s been a pretty slow week on my end. I made some new assets but more time has been spent on discussions surrounding the stylistic choices and my own projects. At the moment we’re experimenting with designing pets like furballs with legs. The benefit of this look for a mobile game is that it’s easy to interpret on a small screen while retaining the features you would want from a pet. We’re not sure if this look will work out as we havent really tried it on cellphone screens or in a 3D environment so in all likelihood the look will change in one way or another.

During my free time I’ve been working on a school project (school work is free time now). I’ve been looking at the environment designs of Jan Lööf to see how the style and feel could be replicated in 3D. His art style is very unique due to the abscence of symbols meaning that objects like cables that might be drawn as a black line are made with outlines and a color to fill. He pays close attention to how individual objects in a scene may fit into a daily routine or the greater context of the scene which I findbreathes life into his worlds. Check his stuff out.

Currently I’m doing concept art in which i attempt to replicate the feel of Jan Lööf environments. I’m going to continue work on this, color it in to get a feel for how i should work with color and then start making assets for a 3D environment. The 3D work should look more like the TV series Skrotnisse which is an adaption of his art style made with miniature sets and mannequins. 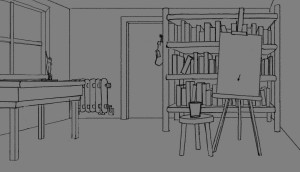 This week I’ve mainly been continuing the work on our Persona for the game we’re currently working on, which basically means I’ve been trying to figure out who we are making this game for. I’m trying to create an image of that person, based on interviews that me and Mattias have been doing with different people. It’s going well but it’s pretty hard trying to create a realistic character based on so little information, I’ve got the feeling that we’re gonna need to do a lot of interviews before it’s accurate enough.

Today, I’ve started the hard work of trying to figure out the basis for the soundtrack of the game we’re working on! My starting point was trying to create a kind of loungesque-vibe à la The Sims or Animal Crossing. For this I used a suitcase piano, upright bass and some basic drum samples. I’m trying to create something very minimalistic. Since the final song probably will be about 2-3 minutes long, it needs to be able to loop indefinitely without it becoming annoying. I’ve uploaded a sample of the sound on SoundCloud, please have a listen and tell me what you think! (Check out the art the other dudes have been doing and tell me if it seems fitting!)

PS. Yesterday we got accepted to compete in a pitching contest here in Skövde, very exciting!

Not terribly much has happened since monday as I’ve dedicated myself to the research of networking, account management & In App Purchases. The Unity Plugin known as “Soomla” seems promising enough, but attempts of implementation has yet to be made.

I recently discovered that Github, the site that hosts our repository, has a feature which allows releases to be made. This way we can see our creation evolve as time progresses, providing a overview for the game at large. These releases will only provide a windows executable as the mobile applications are published by other means.