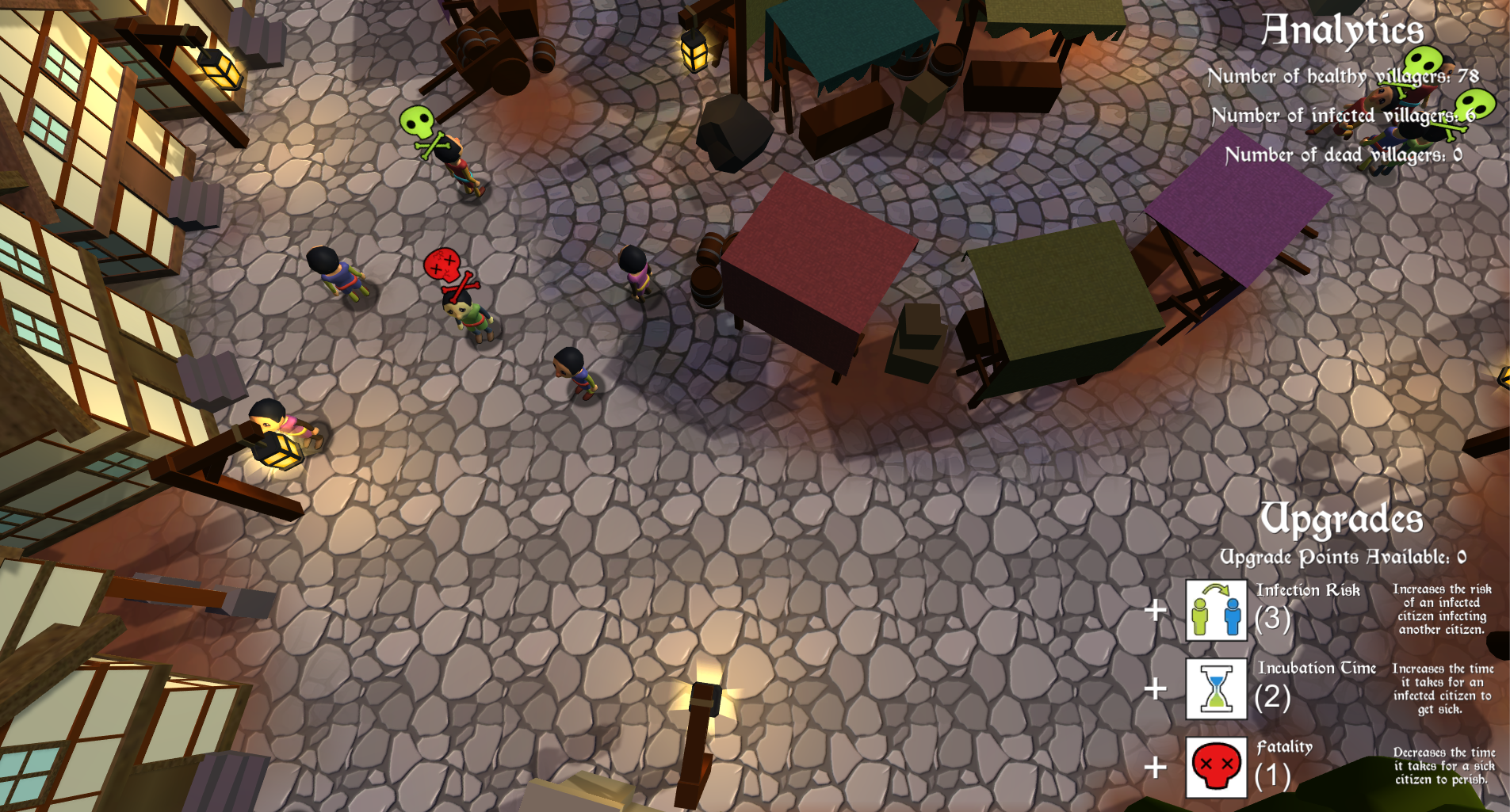 This week it’s all about the plague!

My week has consisted of re-configuring and tweaking  existing code and assets, balancing the disease, hotting up the UI and so on. Sexy screenshot incoming.

I’ve also struggled getting the lighting to work, scene was too large to be able to do a Baked GI, resulting in us being forced to use real-time light on every light source, resulting in less performance. It looks nice though! 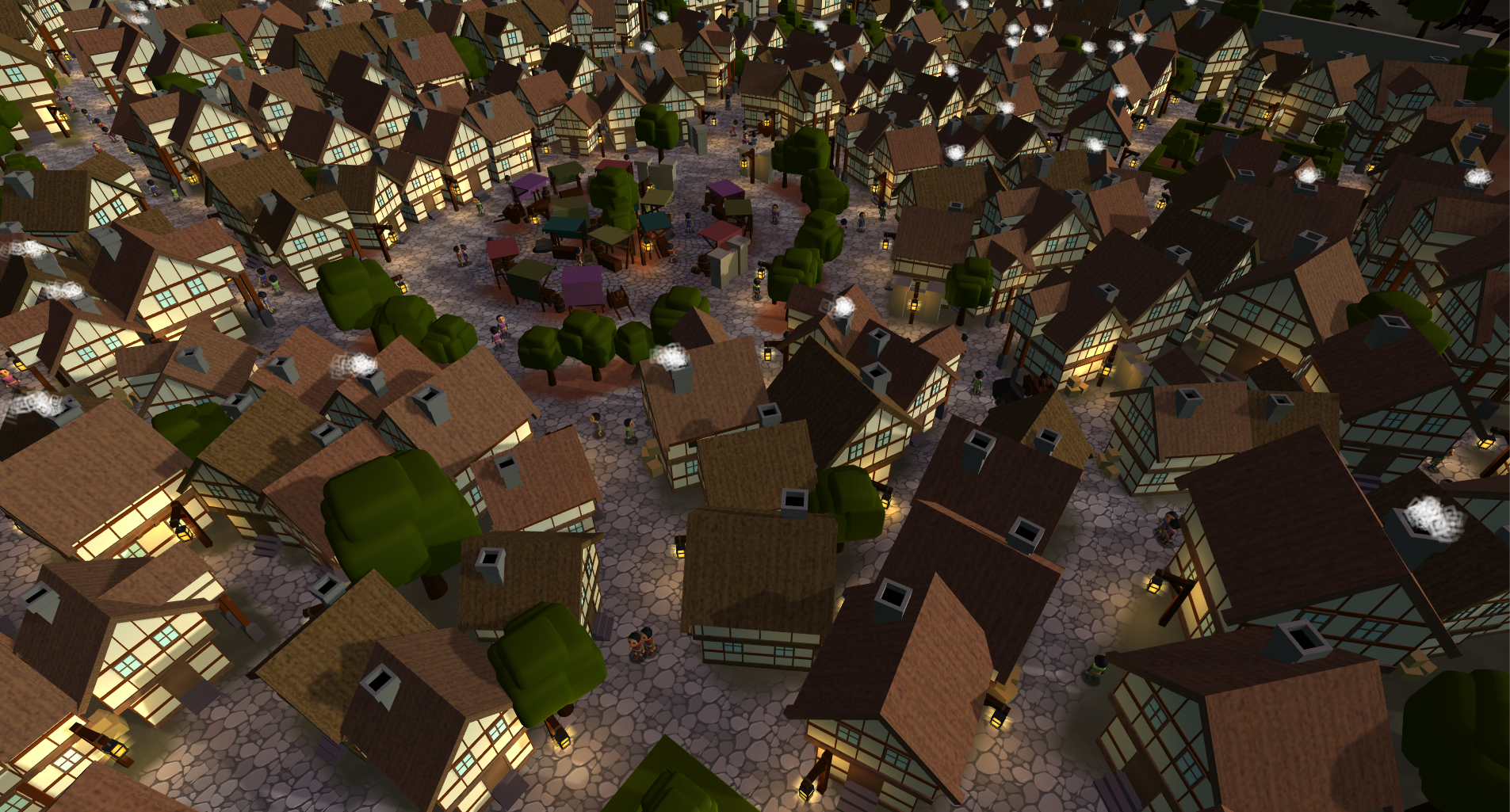 This week I spent a good while building the village in which our current prototype takes place. I really enjoy creating an environment that feels like a populated place. In this case, since we are building a medieval setting, this meant placing the houses quite asymmetrically, with streets that vary a lot in shape and width. I also tried to give the impression that the village has gradually expanded from the center. Hopefully this gives the place a bit more authenticity, and seeing the poor inhabitants gradually infecting each other and spreading the plague will feel a bit more genuine (!?). 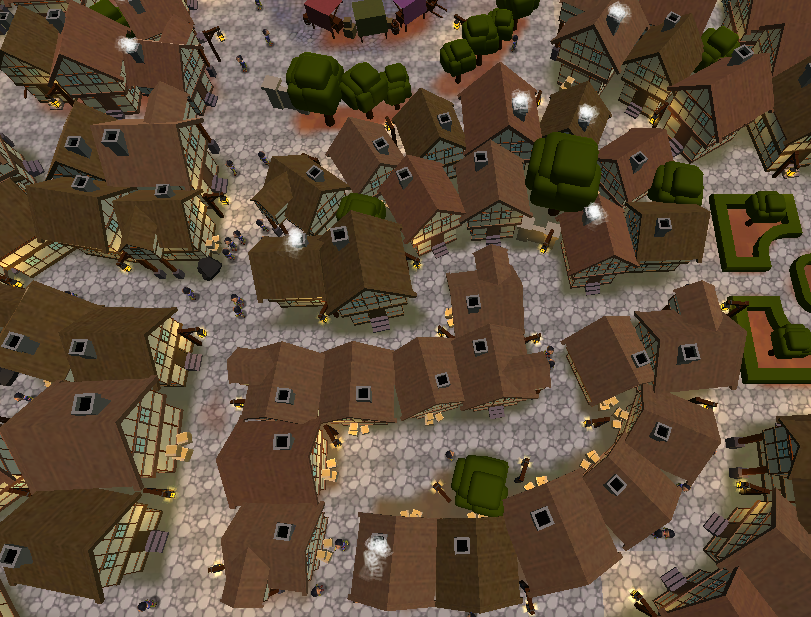 I’ve been working on the citizens of the village in our prototype, making sounds for their greetings and states (like being sick.) To create the sound of a sick citizen I’ve been using scatter sounds in FMOD, which allows me to easily play random play randomly selected sounds at semi-random intervals. This makes sure that the sound of a sick citizen isn’t the same for 10 minutes.

As I mentioned, we’re using FMOD for this project, mainly because I wanted to see IF we could effectively implement it into such a short-term project but also because it makes creating dynamic music so much easier for me. I’ve only used FMOD with Unreal Engine before, but implementing it into Unity with Gitmasters help was easier than I thought.

This week I’ve focused on Psuedovolentary Minion Oriented Design. What is it? I don’t even know!

Nothing fancy this time around so I’ll keep it short!

I have mostly been tweaking around with villagers, win-/loose- conditions and other minor systems for the prototype. I have also entered the optimisation cycle of the project and reduced some crazy code so tracking villagers doesn’t take a whooping 64% of the process time.

Finishing up the lAst of the prototype, and upload it. After that a quick n’ smaLL postmortem Of the project, which *might* be interesting for some people.

Next week holds a new prototype which I’m sure will tUrn out preTty cool as well.

This week has been relatively uneventful on my end. I worked on a particle system for diseased villagers and chimney smoke. I also made some improvements on existing meshes and textures such as the houses.