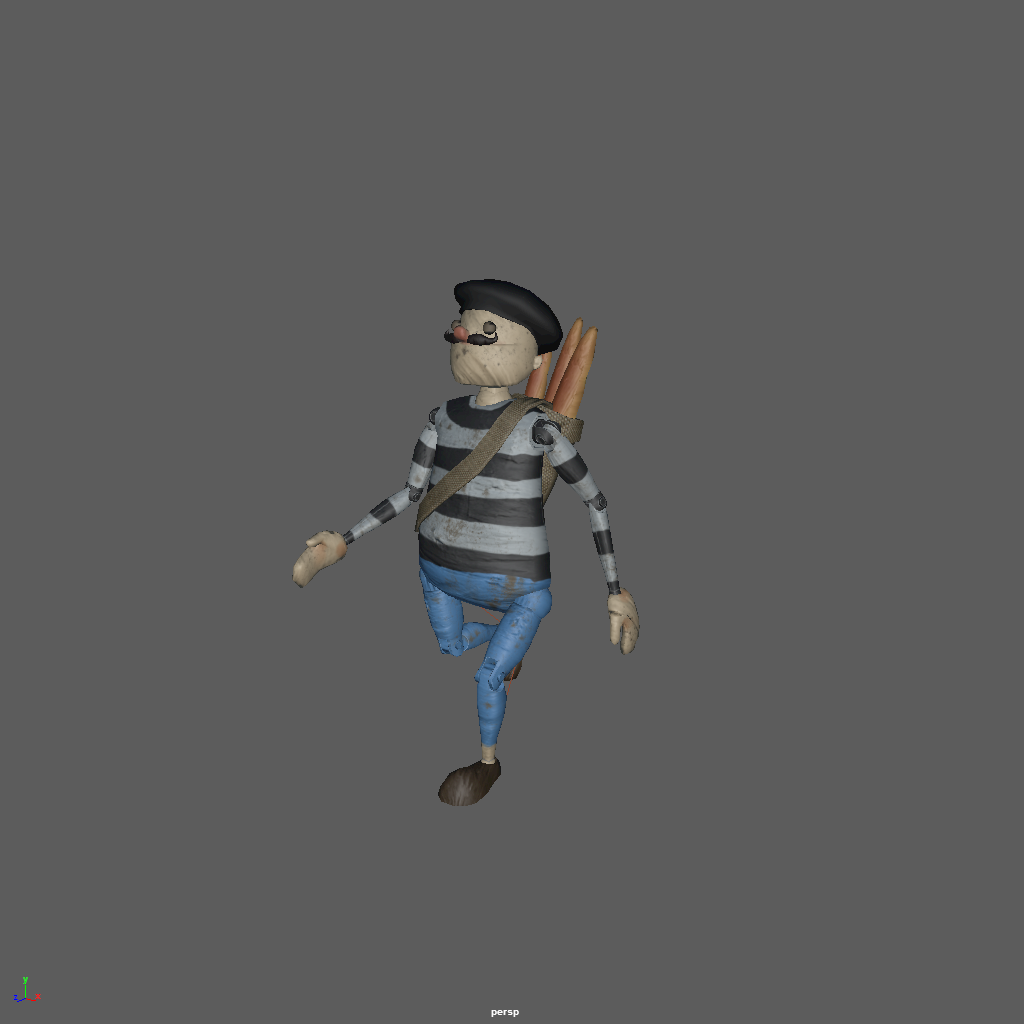 So for the past few months we have been in the early production stages of Passpartout, school and vacation kept us occupied until around the end of june. So far we have established how the most fundamental mechanics of the game are going to work, and determined an art style. If you played the prototype (and if you didn’t: looky looky), you will definitely recognise the style of the game. We have decided to go in the same direction and use small doll-like characters. Although for the full game, we are aiming for a complete doll-house-inspired aesthetic. Basically this means that the characters are going to be small living wooden dolls, and the environments will be theater set for dolls. Below is an example of one of the characters we have so far.

It’s Baguette Man 2.0! Holy cow! So handsome! So elegant! The marvelous mustache perfectly plays off the beautiful beret and the baguettes are baguettier than ever! We like Baguette Man so he will play a larger role in the final game. He is only one in the lineup of characters we have planned so stay tuned for more!

We decided to keep it short this week, but we will show more content from the game during the weeks to come, so don’t miss out!